The audit office has conducted a spot check of the museum’s collections and in a new report published on Wednesday states that of the 100 selected items, 12 cases of negligence were found.

The most serious error was that the Andy Warhol lithograph “Jade white butterfly” was nowhere to be found.

“We regard this as very serious and are doing all that we can to clarify what has happened. We have not found the work, but we are working intensively with the matter,” said Lars Turesson, head of the museum’s administration department, to the newspaper in a comment on the report.

The museum has also been criticised for not conducting an annual audit of its collections and for having lent three works without registration as well as ahaving a number of unregistered items in its collections.

The museum now has until June 19th to submit a formal response to the National Audit Office report and Lars Turesson was unwilling to comment further on the details of the criticism or the museum’s work to address the issues raised. 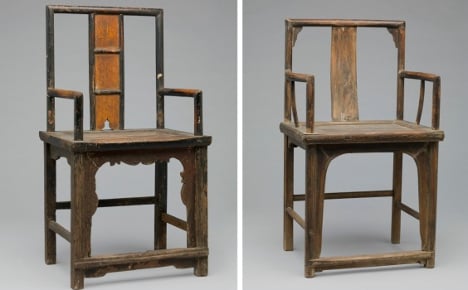 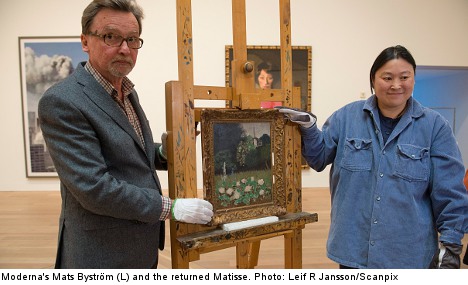 “We wanted to put it on display right away because it’s so fantastic that it’s back,” museum director Daniel Birnbaum told journalists at an unveiling of the work.

An oil on canvas from 1920 now worth about $1 million, “Le Jardin” depicts a garden of white roses.

It was stolen from the museum on May 11th, 1987, when a thief or thieves broke in with a sledgehammer and made off with the painting in the early hours of the morning.

“We’re going to put it on display for two weeks, then take it into the studio for closer examination,” Birnbaum said.

The painting was returned from London, where it was recovered, in a crate that was opened in front of the media in Sweden.

Although the painting had been at large for two and a half decades, it still had the same frame as at the time of the heist, albeit somewhat battered.

The painting itself appears to be in good condition, but the museum’s chief curator, Lars Byström, pointed out that a corner of a church tower in the background had been marred.

The work was found when an art dealer based in the UK ran it through the Art Loss Register, a global database of stolen art, which was standard practice before a sale. He was selling the work on behalf of an elderly man in Poland who had owned it since the 1990s.

The ARL identified the painting as the one stolen from the Swedish museum.

The painting’s whereabouts since 1987 remain shrouded in mystery. The Polish man has requested confidentiality and has not disclosed how he acquired it.

But the dealer, Charles Roberts, said the man had bought it “in good faith”and “for a substantial sum”.

Byström, the chief curator, believes that the painting “has most probably been moved around a lot.” He said the painting had been in Germany for a while, but provided no further details.

He also noted that it must have been kept in a climate similar to that in Sweden for the lion’s share of its absence.

“If it had been in a warmer and more humid climate, it would have been affected,” he said.

After the painting has been shown for two weeks and Byström begins to examine it, the museum hopes a more detailed study of the canvas could shed light on its whereabouts since 1987.

In May, “Le Jardin” will go on display as part of an exhibit on French pre-modernist painters, Birnbaum said.

The statute of limitations on the theft expired in 1997. 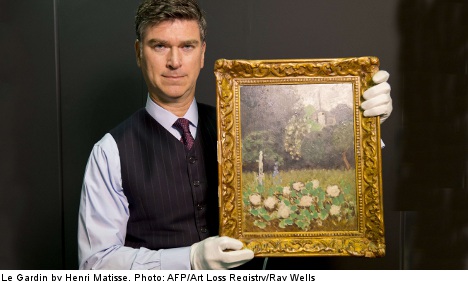