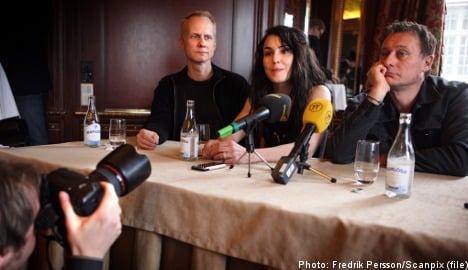 Lagom. This favourite word of Swedes, which means ‘just enough’, sums up Swedes’ love of moderation. It could have been coined to explain Swedish films’ astonishing recent international success.

The Millennium trilogy, Snabba Cash, the Wallander series and the vampire movie “Låt den rätte komma in” are leading the Swedish film industry’s latest charge into international markets, in the most successful period for Swedish film since the height of Ingmar Bergman’s career. What they offer for North American audiences is a world that’s not too exotic, but just exotic enough.

An English-language remake of the first movie in the Millenium series is currently being planned. Author Stieg Larsson’s Millennium trilogy centers round a journalist, Mikael Blomkvist, and computer hacker Lisbeth Salander. In the first book, the duo work together in finding a missing woman and stumble upon a serial killer during their search.

The books have become the biggest publishing phenomenon in the US since Harry Potter, and filmmakers hope the movies will have a similar impact.

The Swedish production company behind the Millennium trilogy movies, Yellow Bird, is also behind the Wallander series, another hit novel series originally filmed for Swedish TV and later turned into a BBC production starring Kenneth Branagh. Like the Millennium series, Henning Mankell’s Wallander books depict a dark world of crime and social alienation lurking under the serene surface of Swedish society.

But why has Swedish film become so successful?

Pia Lundberg, head of the foreign department at the Swedish Film Institute, tells The Local that success has bred success for Swedish film:

“We have seen an increase in interest for Swedish movies, producers, directors and actors. We have had some successful films in the US, which has made it easier for the US market to get involved with more Swedish movies,” says Lundberg.

Swedish actors such as Alexander Skarsgård have certainly helped raise the profile of the country’s film industry:

“I think the Swedish film industry is more aware that there is a global market for their movies and therefore works more towards an international audience,” she says.

The first part of the Millenium trilogy, The Girl with the Dragon Tattoo, has so far grossed over $6 million in the US alone, despite being in Swedish. The language and the fact that the settings of the movies are unfamiliar to US audiences appeared not to do any harm.

Strong movies such as the Millenium trilogy have paved the way for other movies and have resulted in a higher interest in everything Swedish in the film world.

The latest example is the Swedish movie “Låt den rätte komma in”, about the friendship between a young boy, Oskar, and his vampire neighbor, Eli, which has been remade as Let the Right One In with Matt Reeves as the director. Filming and post-production are completed, and the movie is waiting for it’s premier date. The English version of the movie will most likely be shown in Sweden as well, says Lundberg.

Movies such as Let the Right One In and the Millenium trilogy have succeeded by offering really original plotlines, Lundberg argues:

“Another reason Sweden might appeal to a US audience is that Sweden is just exotic enough. There is enough there for the audience to relate to, but it is still outside the US,” she says.

Another movie likely to be remade is Snabba Cash, based on the novel of the same name by Jens Lapidus. The book tells the story of three characters who join forces to sell the drugs to earn some quick money. The main protagonist is interested in funding his extravagant lifestyle and club hopping in Stockholm’s Stureplan district. The English version of the movie will most likely be transferred to a US setting, and Zac Efron is being spoken of as the leading man, JW. The Swedish movie will be released in the US sometime at the beginning of next year, at the same time as the book.

“The main reason for showing the Swedish movie first is because they think it’s a good movie and will draw a crowd. It’s as simple as that,” Fredrik Wikström, producer of the original Snabba Cash at Tre Vänner Production Company, tells The Local.

The rights to remake Snabba Cash were sold to Warner Brothers at an auction in April. While there is no guarantee that the US version will ever see the light of day, the film should be easy to transfer to an American setting, says Wikström, and he thinks the US audience will be able to relate to it.

What he has no doubt about is the general level of interest for Swedish film in Hollywood:

“They certainly have their eyes on Sweden, It wouldn’t surprise me if more movies from Sweden are remade into English versions.”

Whether the English-language versions retain their Swedish settings is another matter. The Millennium films could well be made in Stockholm due to the integral part the books’ Swedish setting plays in the plotline. Other remakes are more likely to be set elsewhere:

“If there is something exotic in the setting of the book, then I think they might keep the original Swedish setting for the adaptations but not otherwise,” he says.

But the key ingredient enabling Swedish movies to attract a US audience is that they are well-written thrillers, Wikström believes. The current movies being adapted do not show a representative picture of Sweden but rather a small, dark part of Sweden.

“It is the excitement and suspense the US crowd want, and that is what appeals to them about these movies,” says Wikström.

The continued success of Swedish novels and Swedish Hollywood actors means Sweden’s film industry’s run of luck in Hollywood could continue for some time to come.

Note: we initially stated that ‘The Girl with the Dragon Tattoo’ had grossed over $90 million in the US. The figure is in fact $6 million. The article has now been corrected. 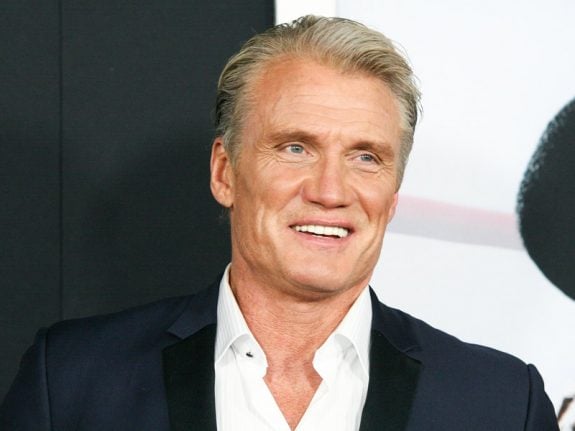