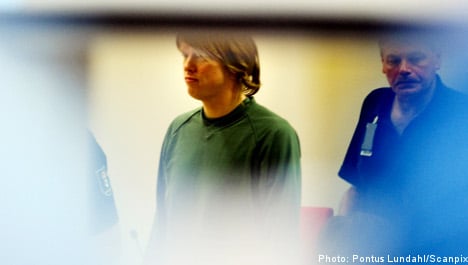 The court has found Alm guilty of disturbing the peace of the dead but not of the alternative charges of murder and manslaughter. Alm will be cleared of charges of killing his fiancée when the final verdict is released later this summer.

The court indicated on Friday that it was convinced Alm had moved Chen’s body and hidden it in a woodland area in Bertilsbo Norra outside Leksand in central Sweden. The suspect is to remain in custody until sentencing in a case that has generated huge media interest.

The court also called for Alm to undergo a psychiatric evaluation before a final verdict is reached. The outcome of the examination will determine whether the 35-year-old can be sentenced to imprisonment. If found to suffer from a psychiatric disturbance Alm will instead be transferred into psychiatric care.

Prosecutor Niclas Eltenius said he was not entirely surprised by the district court’s decision.

“The position we now find ourselves in was a possible scenario and is one that we can live with for now. I would have been surprised if the man had been released. Now we’ll await the verdict before deciding whether to appeal,” he said.

The complicated nature of the case meant that it took almost eight months to piece together before the trial against Alm finally opened in late March.

Alm denied the charges, and in police interviews claimed that he had been kidnapped by unknown men who had drugged him and kept him locked in the boot of a car.

Alm further claimed that the mysterious men released him in woodland after three days and he awoke near the body of his deceased fiancée.

Witnesses testified that Alm was spotted in Borlänge during the period when he claims to have been kidnapped. Police also uncovered film evidence of Alm which places him in Stockholm on September 16th.

Police suspected that Alm spent some of his time in Stockholm at the city library where investigators claimed he spent time researching media coverage of the Chen case as well as figuring out transport alternatives to Bollnäs, a town in north central Sweden near where the body was later found.