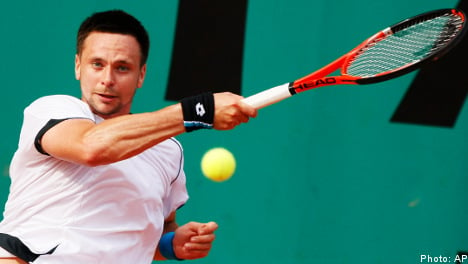 He will face Croatia’s 11th seed Marin Cilic, who needed five sets to see off Argentina’s Leonardo Mayer, for a quarter-final place.

The world number seven knows that defeat over the Croat is likely to set up a quarter final meeting with Roger Federer, the all-conquering Swiss master who defeated the Swede in the 2009 final.

Söderling said he would relish a fresh opportunity to dethrone Federer on the Paris clay.

“I’ve always known I can beat him,” he told tabloid Aftonbladet.

“There’s still a long way to go but the more time I come up against him the closer I get to beating him.”