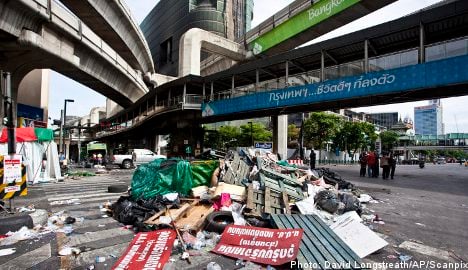 “Due to the improved security situation in Bangkok, the ministry for foreign affairs no longer advises against travel to Bangkok,” the ministry said in a statement.

At the height of deadly anti-government protests in Bangkok last month, Sweden warned its citizens against all travel to the Thai capital.

The foreign ministry on Tuesday said it maintained its advice to avoid travel to the southern Thai provinces of Narathiwat, Yala, Pattani and Songkhla, and to avoid crossing the border between Thailand and Malaysia.

its embassy, said it had moved back to its normal premises and expected to be running as usual by June 7.

Both Finland and Denmark, however, continued to advise visitors to Bangkok to “exercise particular caution” and to avoid demonstrations, while Norway’s

foreign ministry maintained its warning against all non-essential travel to the city.