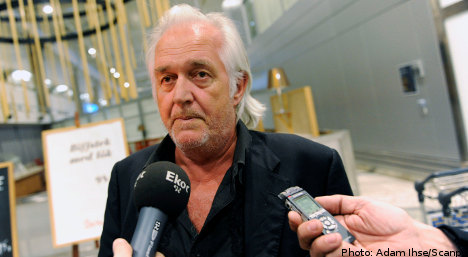 “What will happen next year when we come back with hundreds of boats? Will

they drop an atom bomb,” the renowned author of the Wallander crime series said when he returned to Gothenburg airport on Tuesday night.

Mankell expressed concern over the Swedes remaining in Israel.

“We are worried about our friends who are still in jail,” the renowned author of the Wallander detective series told the Expressen tabloid onboard the flight to Sweden.

activists dead and scores injured – had been permitted to leave Israel.

Kaplan and Strand met the assembled media when they arrived at Stockholm Arlanda Airport. Strand said that it took eleven hours for the Israelis to tow the boat on which they were travelling, the Sofia, into Ashdod harbour. During this time the activists were guarded by masked soldiers.

The quay was lined with hundreds of soldiers past which the activists were forced to walk passed. They were then dispersed to various “stations”.

“The Israelis did all they could to humiliate us… They wanted to scare us into obedience,” Strand said.

According to Strand the activists were accused of illegally encroaching on an Israeli military zone.

“Then I replied that “you detained us 79 nautical miles off the coast of Gaza and you do not have any right to a military zone there'”.

Under protest Strand decided to sign a document where she agreed to immediate deportation.

Mehmet Kaplan told how the Israeli commandos boarded the boat from both sides.

“It was if we had been attacked by pirates. When they approached our boat they got onboard via grappling hooks on on both sides. We retreated up to the bridge and engine room to protect them but the soldiers, who bore balaclavas, used stun guns against several people on the boat,” he said.

Kaplan underlined that nobody that he travelled with, neither the crew nor the activists, offered any resistance.

“We had undertaken anti-violence training and we retreated the while time as they advance, fully equipped,” he said.

Kaplan only first found out that activists had died at the hands of Israeli commandos on Tuesday. He reserved warm praise for the foreign ministry and the Swedish embassy in Tel Aviv.

“Without their help we would perhaps still be there. It is a lifeline for those who remain,” he said.

Henning Mankell completed his journey in Gothenburg and on arrival at Landvetter airport he told the Expressen daily that he had not regrets over his participation, but elected to reserve further comment until later.

“For the simple reason that some of our friends remain in custody in Israel,” he said.

The Israeli government said on Tuesday that it plans to release all of the foreigners who were involved in the Gaza-bound flotilla. Hundreds were expelled on Wednesday.

The six ships in the Freedom Flotilla, carrying more than 700 passengers, were on a mission to deliver some 10,000 tonnes of supplies to Gaza, which has been under a 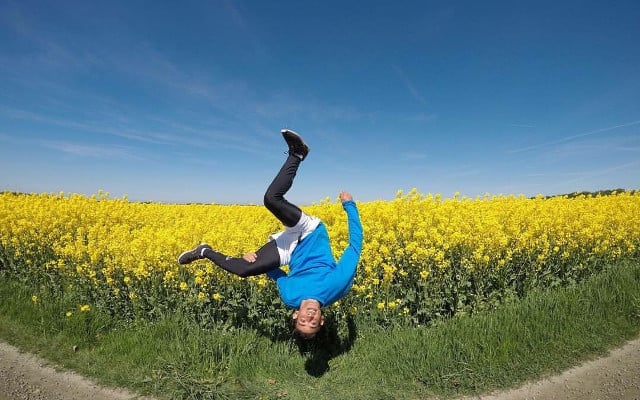