The two-day convention called to coincide with the June 19th wedding, will launch an “Alliance of European Republican Movements” and pool resources and tips on how to move the debate onwards and achieve the broader goal of replacing the monarchy.

“Many groups can feel isolated in their work. The meeting and the alliance is there to share tips and strategies and pool resources,” Magdalena Streijffert, RepF board member and Social Democratic member of parliament, told The Local on Monday.

An alternative wedding party entitled Love Republic 2010 is also set to be held on Saturday to meet the challenge of Love Stockholm 2010 organized by the city to honour the royal couple.

“We are organizing a party which shows an alternative. Instead of a counter-protest we wanted to show something positive and constructive instead,” Streijffert said.

The build up to the wedding has been heralded by some royal watchers as a boost for the royal family, but Magdelena Streiffert argues in contrast that the increased focus on Sweden’s constitutional set up has helped to enliven the republican debate.

“The wedding has brought the issue into focus and many of those who had previously shown indifference to the existence of the monarchy are now taking a stand.”

Streijffert pointed out that recent polls have shown a rapid decline in support for the monarchy and claimed that since the February 2009 engagement announcement, the Republican Association’s membership has grown from 2,500 to 6,000.

The Local report in April that a poll by Novus Opinion showed that 58 percent of Swedes backed the monarchy, while support for its abolition had more than doubled in ten years, to 28 percent.

“Many Swedes don’t have a strong view but the wedding has generated attention and has shown that discussion works (to boost the republican cause),” Streijffert said.

She believes that opinion-building is the key to continuing this trend, raising awareness through research of the costs and benefits of retaining/abolishing the monarchy, and to presenting the alternatives.

“Through opinion-building we show that this is undemocratic, it is inherited and not elected. Part of this process is to develop research, to lay out the costs and where the money is spent, and place the focus on the alternatives and how Sweden would benefit.”

During the build up to the wedding there have been a number of issues that have generated controversy. One of which was the royal family’s decision that the king would lead Victoria down the altar, instead of the Swedish tradition of the couple walking side-by-side.

Another controversy that has been discussed in the past week is the requirement that the king and heirs are required by law to remain a member of the Lutheran church, an obligation that Swedes have been able to opt out of since the formal separation of church and state in 2000.

“Religious freedom is a human rights issue and the situation is completely unacceptable,” Streiffert said.

She furthermore argued that the requirement that all those in the line of succession seek clearance from the monarch and the government for their chosen spouse is “antiquated”.

“The association recognizes that there can be steps on the way to a complete abolition of the monarchy and the immediately removal of these requirements would be a good start.” 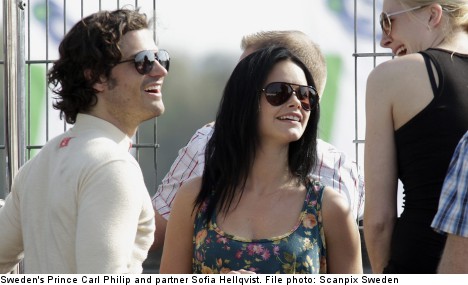 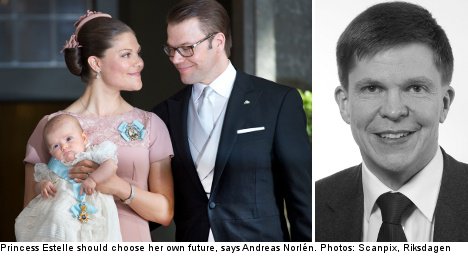