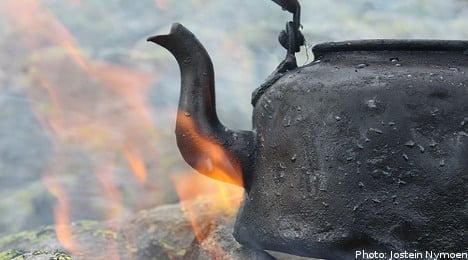 The researchers at Umeå University explain that the health benefits of boiled coffee, as opposed to filter coffee, are due to the residual content of 80 times as much coffee-specific fatty acids which have been proven in animal tests to hinder the growth of cancer.

But the health effects of boiled coffee were not uniquely positive, the study shows, carrying a heightened risk of pancreatic and lung cancer among men. There were no links established between these forms of cancer among men and filter coffee.

The study of 64,603 people, published in the scientific journal Cancer Causes and Control, is the first of its kind worldwide to compare the consumption of coffee with two different preparation techniques.

The Nordic countries lead the world in coffee consumption, with the Finns drinking the equivalent of 12 kilogrammes per capita per annum. Sweden comes in sixth with an average of 8.2 kilogrammes consumed, according to World Resource Institute statistics from 2008.