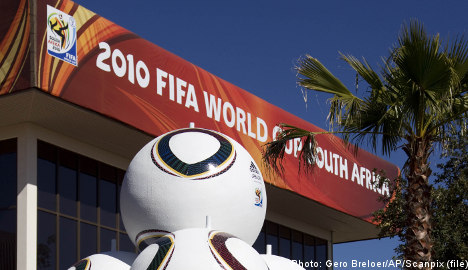 The Swede has called for a summit meeting to discuss its use, but not until after the 2010 World Cup.

Eriksson, speaking after his team’s 0-0 draw with Portugal here Tuesday, said: “You can see in matches and in shooting practise in training that the ball swerves.”

“Goalkeepers are not happpy about it at all. It’s late to do anything about it for this World Cup but it should be discussed by the authorities. Everyone should listen to the top keepers in the world, this doesn’t do them any favours at all.”

“Managers, players and the firm that produces the ball (Adidas) should talk about it.”

The ball has been labelled “rotten” by Spain’s Iker Casillas, and “unpredictable” by Italy’s World Cup winning ‘keeper Gianluigi Buffon, who went on to say that it was ‘a disgrace that such a rotten ball was being used in such a great tournament’.

Brazil’s Julio Cesar remarked it was of the sort of quality you buy in a supermarket while Chile’s Claudio Bravo thought it was better-suited to ‘beach volleyball’.

Adidas has meanwhile defended its product.

“There are strict FIFA guidelines on the ball (weight, size, bounce depending on what the temperature is),” commented the German company.

“Not only does our ball fulfill all these conditions but in fact they go beyond them.