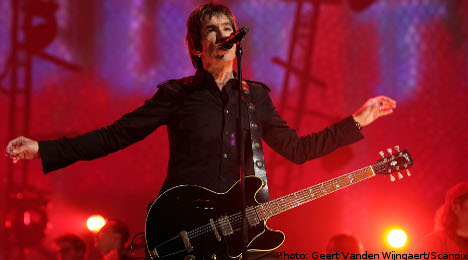 The official guest list, released by the palace on Thursday, includes figures from the worlds of showbiz, royalty, politics and diplomacy. Most of the royal names were made public yesterday, when the guest list for the pre-wedding concert was revealed.

The new list confirms, however, that King Albert and Queen Paola of the Belgians will be there, as will King Abdullah and Queen Rania of Jordan and King Juan Carlos and Queen Sofia of Spain. King Harald and and Queen Sonja of Norway, Queen Margarethe of Denmark and Queen Beatrix of the Netherlands will also be there.

Thirty or forty members of foreign royal families will stay at the Royal Palace as guests of the King.

“Many of these royal families are also family with the Bernadotte family, so it’s great for them to meet up again. So it’s a family reunion and a European reunion, and then of course guests from further afield,” said Nina Eldh, palace spokeswoman.

The presence of so many foreign heads of state will place demands on palace protocol officers:

“There will be a number of people to help them along, and we are following protocol, as all royal houses do. But it’s also about being personal and friendly, and seeing to individuals needs.”

Senior politicians will be there, including Prime Minister Fredrik Reinfeldt and Social Democrat leader Mona Sahlin. All parties will be represented. Even the Left Party, whose leader Lars Ohly said he would not attend on principle, will be represented by MP Alice Åström.

Other guests include the head of the Swedish Academy, Peter Englund and the heads of all charities with which Victoria is associated.

From the world of showbusiness, opera singer Malena Ernman, who represented Sweden in the Eurovision Song Contest last year, will be there with her husband, actor Svante Thunberg. Singer Peter Jöback and his partner Oscar Nilsson will attend, as will Roxette’s Per Gessle, with wife Åsa.

In line with normal royal protocol, all foreign ambassadors in Stockholm have been invited. The expected presence of ambassadors from North Korea and Eritrea elicited a stern rebuke from the Left Party’s foreign affairs spokesman, Hans Linde, who described it as “deeply distasteful.”

Sweden’s business aristocracy is well represented, with three Wallenbergs among the guests – former bank boss Jacob, brother Peter jr and their cousin Marcus. Family patriarch Peter sr is not on the guest list. Other members of Swedish dynasties attending include Cristina Stenbeck, who heads the Kinnevik business empire and Stefan Persson, chairman of H&M. Dan Sten Olsson, boss of the Stena Line ferry group, will also be there.

One senior Swedish businessman who will not be attending will be Carl Henric Svanberg, chairman of BP, who is in hot water over his handling of the Deep Water Horizon oil spill in the Gulf of Mexico.

In amongst all the family VIP guests, Victoria and Daniel have also found room for some of their personal friends. Among them are Caroline Nilsson and Caroline Dinkenspiel, the princess’s best friends, who had been expected to be bridesmaids at the wedding until it was announced that Victoria would only have children as bridesmaids.

Nina Eldh, palace spokeswoman, said that the wedding would “show a typical Swedish wedding, living up to our values, living up to the king’s motto ‘For Sweden, with the times.”