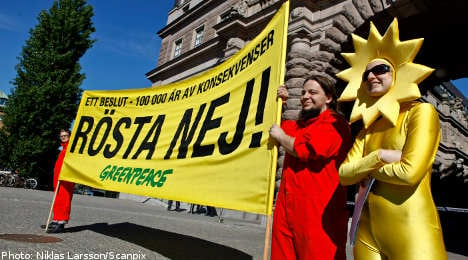 “With a narrow majority, the members of parliament show they do not take the environmental risks posed by nuclear power seriously, and that they do not trust in the enormous potential there is for Swedish renewable energy,” Greenpeace spokesman Ludvig Tillman said in a statement.

The parliamentary vote came as prosecutor Magnus Berggren asked a court in Uppsala, north of Stockholm, to sentence most of the 29 activists arrested Monday for breaking into the Forsmark nuclear power plant to fines and suspended prison sentences.

The court is set to rule on the charges of illegal trespass on July 1st.

The activists, dressed up as brightly coloured renewable energy sources wind, water and sun, were part of a Greenpeace demonstration calling on parliamentarians to vote against the nuclear proposal.

Berggren said there was no need to hold the 28 foreign activists, including 13 Germans, in custody.

However, he called for the court to sentence the lone Swede in the group, who had a record of similar protests across Europe, to a short prison sentence, the TT news agency reported.

Other Greenpeace activists meanwhile stood outside the Swedish parliament during the drawn-out debate, holding up a banner imploring parliamentarians to “vote no”.

Criticism of the nuclear reactor replacement plan, which is set to take effect on January 1st 2011, was not limited to activists however with the three main left-leaning opposition parties voting against the proposal.

Voting in favour of the proposal, she said, “could mean Sweden will be making itself dependent on nuclear power for 100 more years and there will be 100,000 years of consequences for future generations who will have to take care of the waste,” she said during the parliamentary debate.

“It is a myth that nuclear power is forcing out renewable energies. (Renewables) have won the game. Why then exclude nuclear from the plan?” he asked.

Carlgren also stressed voters would be able to express themselves on the new energy plan, which is set to take effect at the beginning of next year, in the upcoming September 19th elections.

If the three-party opposition manages to climb to power, it is expected to try to reverse Thursday’s ruling. 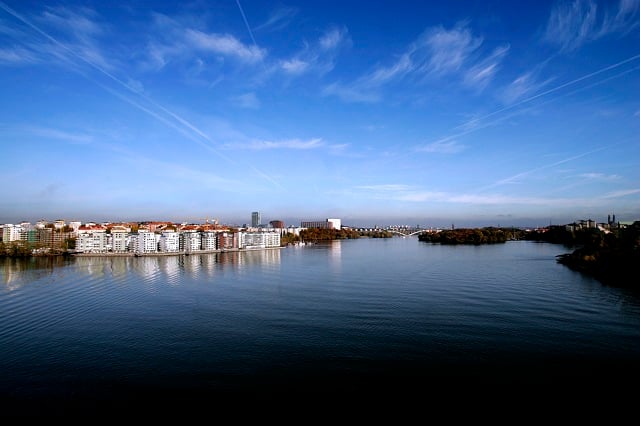