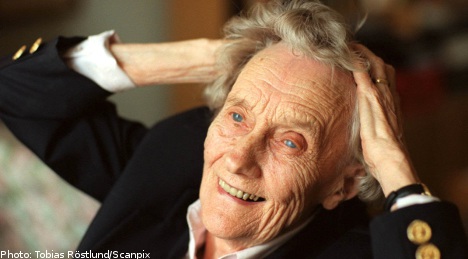 “That is fantastic,” said Karin Rowland at publisher Rabén & Sjögren when The Local broke the news on Tuesday.

The editors of the Norwegian Book Clubs asked the 100 authors – including Salman Rushdie, V.S. Naipaul, Paul Auster, Fay Weldon, Yvonne Vera and John Irving among others – to each nominate the ten books that “in their opinion, are the ten best and most central works in world literature”.

“These are books that have had a decisive impact on the cultural history of the world and also left an individual mark on the authors own thinking and imagination,” the Norwegian Book Clubs explained in a statement on Tuesday.

The clear winner of the vote was the 17th century classic story of Don Quixote by Miguel de Cervantes Saavedra, which claimed 50 percent more votes than any other single title.

The 100 titles claiming the most votes from the prestigious jury will be placed in a “Library of World Literature” and among them is the popular Swedish children’s book Pippi Longstocking, which made Astrid Lindgren’s name as a major author worldwide.

Astrid Lindgren, who died in 2002, takes her place as a lone Swede alongside literary greats such as Leo Tolstoy, Mark Twain, Virginia Wolf, Doris Lessing, Sophocles, William Shakespeare, José Saramago, who passed away last week, and Franz Kafka, in the list which also features the Danish writer Hans Christian Andersen.

Aside from Pippi Longstocking, Lindgren’s best known characters include

Her books have been translated into a number of world languages and have sold a total of around 145 million copies worldwide.

Following Lindgren’s death, the Swedish government founded a prize in her name, the Astrid Lindgren Memorial Award, to recognize the best contemporary children’s and young adult literature from all over the world.

Each year, the finalists vie for the prestigious 5 million kronor ($727,000) prize, which is awarded by a jury of children’s literature experts, including a member of Lindgren’s family.

The 2009 winner was the Ramallah-based Tamer Institute, a Palestinian education centre working to promote reading in the West Bank and Gaza.