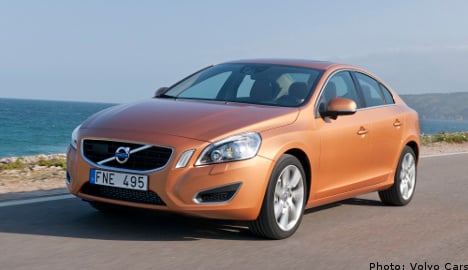 It is regional state fund based in the northern Chinese petroleum city of Daqing, which participated in the purchase with Volvo parent Geely Automotive, also from China. With the deal, the investor will become a large minority shareholder, owning about 40 percent of Volvo Cars, according to TV4 data.

Olle Axelson, director of communications at Volvo Cars, is positive that a strong backer for the company is coming in.

“This signifies financial security for the deal,” he told news agency TT, referring to the deal Geely inked with Ford to acquire Volvo Cars for $1.8 billion on March 28th, almost four times less than what it had paid for the brand 11 years earlier.

According to Dagens Industri, quoting sources close to the deal, the purchase will be finalised in August, AFP reported. Geely has previously promised that no Swedish jobs will end up in China and that research and development would remain in Sweden.

When asked if he trusted Geely to keep its promises, Axelson said, “Of course, this has been clearly expressed to employees. One cannot move a car factory because it is such a regulated operation with thousands of subcontractors in many segments.”

Geely’s owners have previously said that they will open a production plant in China. It also plans to expand Volvo’s presence in China, now the world’s largest car market.

According to TV4, the state fund has imposed a requirement on the deal, allowing it to influence where the Chinese factory will be built.

“I do not know how this relationship works,” said Axelson in refernece to the kind of demands it can make as a major shareholder. “However, a plant cannot be built anywhere without it being in the right place logistically. There are many parameters that govern the decision.”