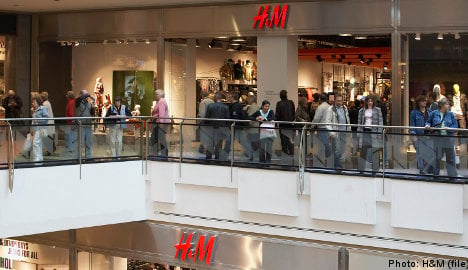 The clothing giant, third-biggest fashion group in the world after Gap of

Analysts surveyed by Dow Jones Newswires had expected a net profit of 5.26 billion and sales of 27.7 billion. H&M said in its earnings report its results had been affected by cold weather.

“The quarter started with strong sales in March, while sales in both April

It added its gross margins had been boosted by a weaker US dollar, lower

The chain opened 86 stores in the first half of the year and closed 12. The cheap’n’chic fashion group had 2,062 stores worldwide at the end of May, compared to 1,862 a year earlier.

H&M plans to open 180 stores in the fall. Countries with new stores this year include its main market Germany, the US, Britain, Italy and France

The company, which said earlier this year it was entering the Korean and

Israeli markets, added on Thursday it would open its first stores in Croatia

and Romania in 2011, and would enter Morocco via a franchise at the end of the same year.

Shares declined 1.85 percent to 223.1 kronor on the Stockholm Stock

Exchange, which was down 1.26 percent in morning trading.