“The woman was knocked unconscious but the man managed to raise the alarm and was then able to resuscitate the woman,” police sergeant Kenneth Rauthio told newspaper Aftonbladet.

Both were taken by air ambulance to a hospital in Gällivare to be treated for burns.

The pair were later transported to a hospital in Helsinki. 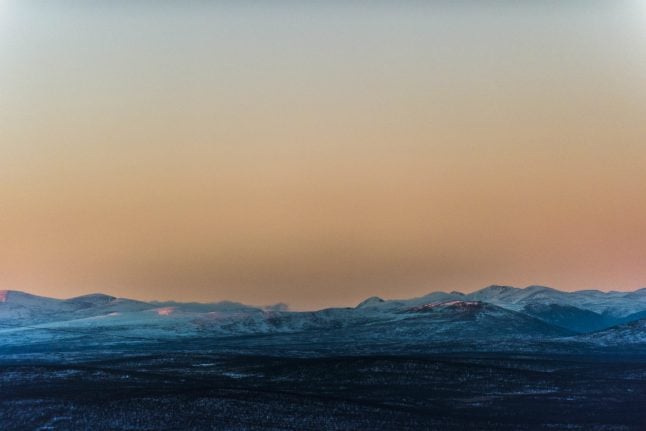 The sun set at 11:51am on Friday at the landmark and will not appear on the horizon again until January 2019.

Treriksröset — Three-Country Cairn in English – is both Sweden’s most northern point and the spot where the international borders of Finland, Norway and Sweden meet.

The polar night, when the night lasts for more than 24 hours, will gradually move south over the Norrland region in coming days. In Keinovuopio, Sweden’s most northern settlement with five registered inhabitants over the age of 16 in 2016, the polar night began on December 1st.

In Kiruna, the northernmost town in Swedish Lapland, the polar night will begin on the 10th of this month.

Although polar night means that the sun is below the horizon for all 24 hours of the day, snow, reflected light and moonlight will prevent total darkness.

Days continue to get shorter in the rest of Sweden until the winter solstice, which this year occurs at 11:23pm on December 21st.

READ ALSO: Tales of the Midnight Sun – on the night train from Kiruna to Stockholm