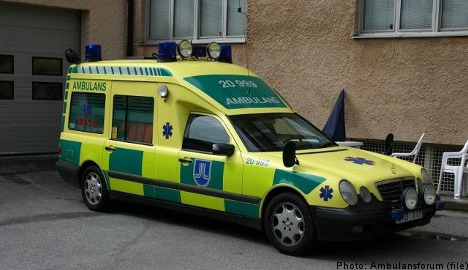 “It feels great. I was so happy that I went out driving until 2am last night,” Forsberg told the Aftonbladet daily.

Forsberg’s story prompted the ire of many Swedes last week after it emerged that he had been served with a 3,600 kronor ($465) fine and had his licence revoked after he was caught doing over 100 km/h on a 70 km/h stretch of road on June 6th.

Forsberg explained to the police that when he saw the ambulance with its flashing lights he accelerated so that he could reach the two lane stretch of road and allow the emergency vehicle to pass.

But the police officer, who was riding on his motorcycle behind the ambulance, told him that the law has to be applied equally to all.

As Jonny Forsberg had admitted the offence, and his pleas for clemency had fallen on deaf ears, he lost his driving licence automatically as he had exceeded the 30 km/h excess limit.

Bolstered by public outrage and media coverage of his plight, Forsberg decided to retract his confession and fight the offence.

The Swedish Transport Agency (Transportstyrelsen) has now told Forsberg that he is he is free to drive, at least until a possible district court hearing.

“It feels incredible, you can’t describe the feeling,” Forsberg told local newspaper Värmlands Folkblad when informed of the decision.

“You become so handicapped, even getting to the store becomes difficult. The car is very important when you live out here.”