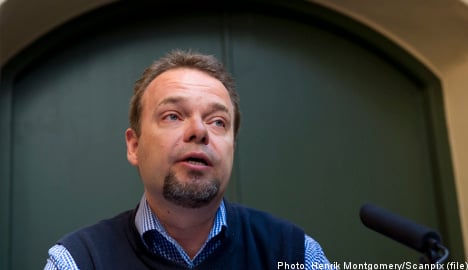 “He has chosen to resign and I respect that,” Reinfeldt said in an online chat with Aftonbladet readers on Thursday. “He said that he had been feeling off-colour and had sought professional help.”

Aftonbladet on Wednesday morning published claims that it had received information that it had found to be reliable indicating that Sven Otto Littorin had been accused of a crime during the 2006 election campaign.

The newspaper claims that Littorin, who assumed his ministerial post after the 2006 election, refused to respond to the claims for 16 hours before an Aftonbladet reporter challenged him on arrival at Visby airport on the Baltic Sea island of Gotland on Tuesday afternoon.

The minister resigned his post the following day (Wednesday) for personal reasons, and citing press intrusion in connection with an ongoing custody battle with this ex-wife.

During an at times emotional press conference, Littorin said that “he was not superman” and confessed to suffering bouts of depression and for having done things that he was not proud of.

While the newspaper did not divulge the nature of the offence it stated that it “was a crime punishable with imprisonment” and “has no connection whatsoever with his family or anyone close to him.”

Reinfeldt denied to the newspaper’s readers that he knew of any further reasons, other than those divulged by Littorin in Wednesday’s press conference.

“He has cited personal reasons for his resignation. I do not comment on rumour,” Reinfeldt said.