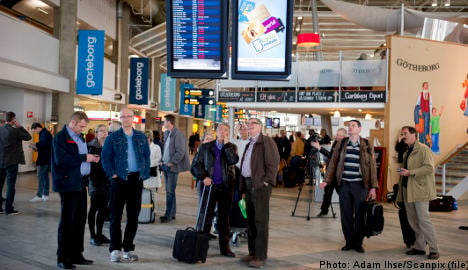 EasyJet will begin new direct flights from Landvetter to London, Berlin and Manchester in the autumn, while Ryanair has launched a new route between Gothenburg City Airport and Edinburgh.

With its new destinations from Gothenburg, EasyJet will have doubled the number of routes it flies to in Europe in less than a year.

“This further increases the accessibility of Gothenburg and western Sweden. We may see an increase in demand, which is largely due to the improved economic situation,” he added.

From January to June, passenger traffic increased 5 percent to 1.9 million passengers, with international passengers rising by 6 percent and domestic passengers by 3 percent.

“The positive trend at Gothenburg-Landvetter Airport is very gratifying,” Sundin told GP. “We work hard to provide good conditions for both travelers and airlines and contribute to the development of the region.”

Added Leif Nilsson, CEO of Göteborg & Co., “All new direct routes to Gothenburg are good for the development of the region,” GP reported.