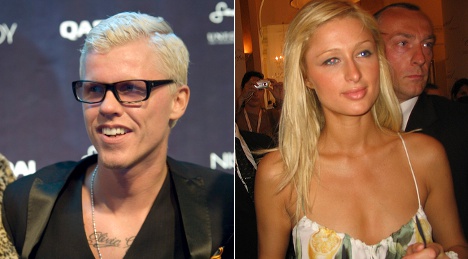 The writ, exposed by Rimér’s girlfriend Katrin Zytomierska on her blog on Thursday, dates back to last year, when Rimér filmed Hilton at her home while visiting for a few friendly drinks.

The footage has now found its way into a new music video for the Swedish band Treadstone and the Hilton heiress is not amused, as Zytomierska learned when she opened Rimér’s mail.

“Here we are at home with Paris Hilton for a few drinks … a few drinks that have become very expensive for me … hahaha,” Rimér posted on his own blog, below several pictures of himself and Hilton.

According to Zytomierska the lawsuit is nothing short of an entertaining, but hopefully short-lived, interruption to their summer vacation.

“It’s funny, I think. A bit of drama out on the island,” she wrote.