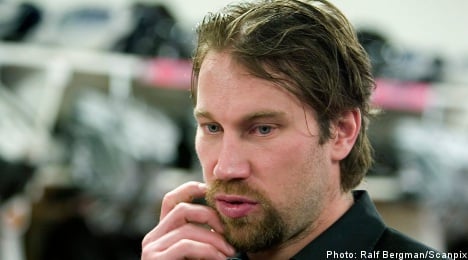 “The company is to be cleaned up and the firm liquidated,” former board member Anders Westman told the Dagens Industri (DI) business daily on Wednesday.

The firm enjoyed a roaring success a few years ago with profits of 5.5 million kronor ($744,000) in 2006 and 8.8 million kronor in 2007, followed up with two years of heavy losses after they lost the franchise for Crocs in Sweden.

Crocs became a must have among the masses in Sweden in 2006 and 2007 and their association with the hockey star led to them becoming known as “Foppatofflan” (literally: the Foppa slipper).

The lightweight sandals were heralded by many for their comfort and practicality but were derided by as many as a fashion faux-pas.