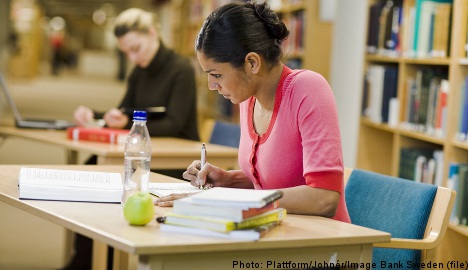 The system, introduced this year, obliges universities to prioritize students who have studied extra high school courses in certain subjects such as maths and languages – but only if they’ve studied in the Swedish system. People who have been schooled outside of Sweden are relegated to a different quota group.

The system has already led to complaints from students from other Scandinavian countries: Danish student Emma Vig was rejected for a course in Japanese at Lund University, despite having top marks in her Danish high school exams.

Denmark’s science minister, Charlotte Sahl-Madsen, has said she plans to complain to her Swedish counterpart.

Icelandic ministers have also indicated their displeasure, pointing out that Sweden has signed agreements with the other Nordic countries that bind Swedish universities to treat other Nordic students the same as domestic applicants.

The Swedish National Agency for Higher Education now wants the system to be changed. Leif Strandberg, who is conducting a study into the issue on behalf of the agency, says the rules break European law and agreements with other Nordic countries:

“It is not in line with the agreements to have a separate quota group – it is not a method that treats applicants equally,” he told the Sydsvenskan newspaper.

But Malin Strid, political advisor to Higher Education Minister Tobias Krantz, said the system was designed to be fairer:

“It’s hard to translate foreign grades in the first place, but even harder when you have to take extra courses into account. This system with quotas was devised as a way to ensure foreign students were treated fairly,” she told The Local.

Strid also pointed out that universities are allowed to allocate up to one third of places entirely at their own discretion, meaning that foreign students can be given places even if they don’t fit within a quota group.

The problem also affects Swedes who have gone to high school abroad. An exception has been made for people who have studied the International Baccalaureate and those who were educated in the Finnish system.

The government has said it will appoint a committee of inquiry to look at the problem and to propose solutions.