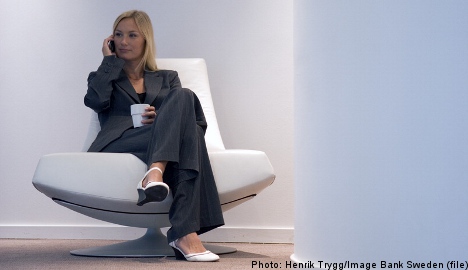 “Growth in net sales in local currencies and excluding acquisitions for 2010 is expected to be in line with the first half of 2010” when it reached 3 percent, the company said in a statement.

The Swedish-Finnish group, the largest telephone company and mobile network operator in those two countries, had previously said it expected a small increase in growth.

Analysts surveyed by Dow Jones Newswires had expected the profit figure but planned for slightly weeker sales, at 26.77 billion kronor.

The company also has operations in the other Nordic countries, Turkey, Russia and in ex-Soviet states in Europe and Central Asia.

In mid-morning trading on the Stockholm Stock Exchange, TeliaSonera shares