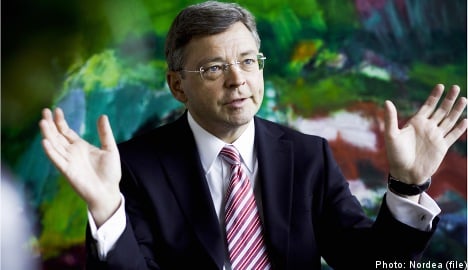 “The effects of the macroeconomic environment for Nordea have been mixed

over the last months,” the largest Nordic bank said in its earnings report.

“On the one hand, the sovereign debt crisis in the eurozone has affected the

“On the other hand, the Nordic economies have stabilised and all countries are expected to have positive growth rates, modest inflation and controlled budget deficits in 2010 and 2011,” the bank said.

Analysts surveyed by Dow Jones Newswires expected a net profit of €532 million and a net interest income of €1.26 billion.

The bank’s provisions for credit losses unexpectedly dropped to €245 million compared to €425 million a year earlier, a sign the economy is improving. Analysts had expected the provisions to drop to €288 million.

CEO Christian Clausen said he expected the provisions to keep decreasing. When asked about the “stress tests” currently being performed on 91

European banks, Clausen said he was sure Nordea would pass them and that most other banks would too.