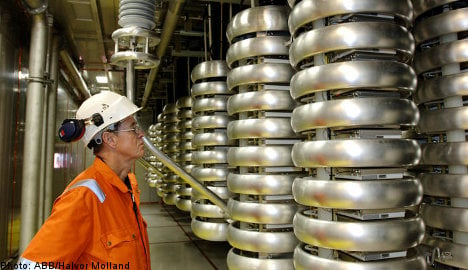 Net income declined 8 percent to $623 million (4.62 billion kronor), but the company expressed optimism about the second half of the year.

“We feel more confident about the recovery in most of our markets than three months ago and believe that our short-cycle businesses will continue to perform well over the rest of 2010,” said CEO Joe Hogan.

“After the severe industrial recession of the last two years, customers have started again to invest in technologies for energy efficiency and productivity. We expect customer capital expenditures, especially on the power side, to recover later in 2010 and into 2011,” he added.

ABB’s orders grew five percent to $7.67 billion in the second quarter. The recovery in orders was led mainly by increases of more than a fifth in the company’s automaton divisions as the economy recovered.