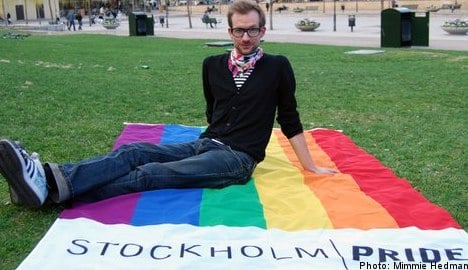 “There will be a large presence among the political parties that will discuss a lot of politics much with festival participants,” said Pär Wiktorsson, president of Stockholm Pride.

The most important election issue for RFSL is about the rights of transgendered people to health care.

“We have a law that dates back to 1972 and still applies,” said Wiktorsson. “It has extremely problematic elements, including demands for forced sterilization.”

On that theme, the director-general of the National Board of Health and Welfare (Socialstyrelsen), Lars-Erik Holm, will give the opening speech on Wednesday.

The festival area, Pride Park, has moved from Tantolunden in Södermalm to a new location outside the Maritime Museum, nearly doubling the surface area of the festival compared with the past.

Wiktorsson believes that the mixture of parties, politics and culture contributes to the festival’s excitement and dynamic.

“There is a lot of partying and glam, but it is with a serious undertone,” he said.