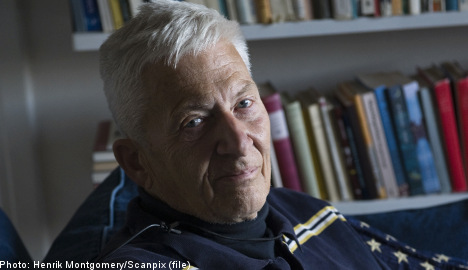 Sweden's Per Olov Enquist at home in Stockholm

Salzburg by Austrian Culture Minister Claudia Schmied, who described the 76-year-old as “a great European storyteller.”

“Accuracy and mastership define Enquist’s diverse and rich literary oeuvre, which seems to have been written effortlessly and which involves the reader in a unique way in stories that he can tell like no other, somewhere between

Past winners of the Austrian prize, which has been awarded since 1965, include Spain’s Jorge Semprun and Italian writer Umberto Eco, as well as Milan Kundera, Friedrich Duerrenmatt, Simone de Beauvoir and Harold Pinter.