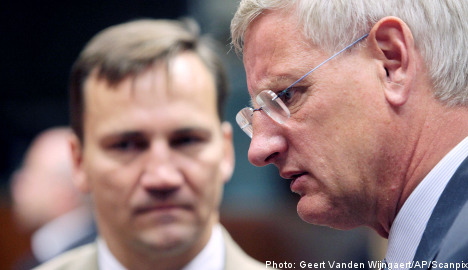 Bildt, who has not yet read the documents himself, said they appeared to contain little new information.

“It’s sensational because it’s a leak, not because the leak contains any sensations. I have not seen anything in this material which changes anything in my assessment of what’s happening in the reality of the war,” Bildt told Svenska Dagbladet at a meeting in Brussels.

The Swedish military, which currently has about 500 troops in Afghanistan and has had a presence there since 2002, is referred to several times in the documents. Many such references relate to attacks against Swedish troops and the work of the military in disarming makeshift bombs, known as improvised explosive devices (IED).

According to Svenska Dagbladet and Dagens Nyheter, which have both combed the material for references to Sweden, the most up-to-date reports on Swedish forces contained in the material date from 2009.

Teams from the Swedish Armed Forces are currently going through the documents to see whether they contain anything damaging.

“This is secret material and it is therefore not advantageous if it is spread to those who wish to harm us. It’s therefore wise to go through things like this,” Armed Forces spokesman Roger Magnergård told Dagens Nyheter.