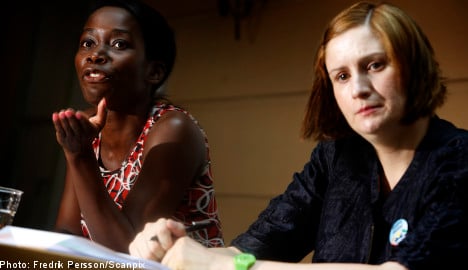 The proposal is part of a national action plan to combat hate crimes, the report said.

“It is always important that the law be as specific as possible,” Integration and Gender Equality Minister Nyamko Sabuni told Ekot. “It is also important to note that there is a group in our society who are neither bi- nor homosexual, but have a different gender identity than the one we believe that they have.”

“We fear that transgender people fall through the cracks because the individual courts are not as familiar with the law’s preparatory work and miss that the section on hate crimes can be used for transgender people,” said RFSL chairwoman Ulrika Westerlund.

The Liberal Party’s plan of action for LGBT people’s rights will be presented by Sabuni and European Union Affairs Minister Birgitta Ohlsson on Wednesday in connection with the Pride Festival in Stockholm.