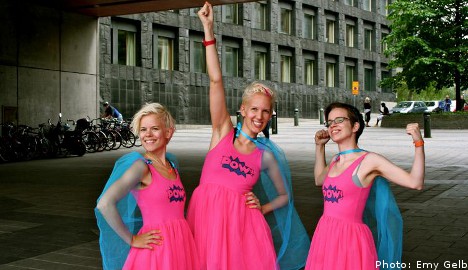 Stockholm’s Pride Festival, the largest in northern Europe, officially kicked off on Monday with a series of official events, parties and speakers.

In the midst of all this, four young women belonging to the group POW! Squad, which describes itself as “Your queer feminist superhero in everyday life,” kicked off their own Pride party in Sergels Torg.

The women organized a 15-minute-long dancing flash mob in the plaza to celebrate the start of Pride and the LGBT presence in the city.

“We love to dance and this is how we want to start a revolution,” Lisa, one of the POW! organisers, told The Local. “Just grab speakers, friends and do it.”

At 3pm, the women did exactly that. As The Pointer Sisters’ “I’m So Excited” blared from the speakers, the small group of dancers let loose. Within a few minutes, some onlookers joined in while others stopped what they were doing to gawk, take pictures and snap in tune.

Flash mob activism is becoming an international trend. It is an accessible and simple way to take over a public space and make a statement by turning normal routines and traditional social codes completely upside down through social media tools such as Twitter, Facebook and blogs.

“It was a success,” beamed Lisa.

The girls were proud of the results. Considerably more people showed up then they had initially expected and everyone enjoyed the music and dancing.

Pride runs until Sunday. The POW! Squad will organise two more flash mobs during Pride. For more information about when and where, please visit their website. 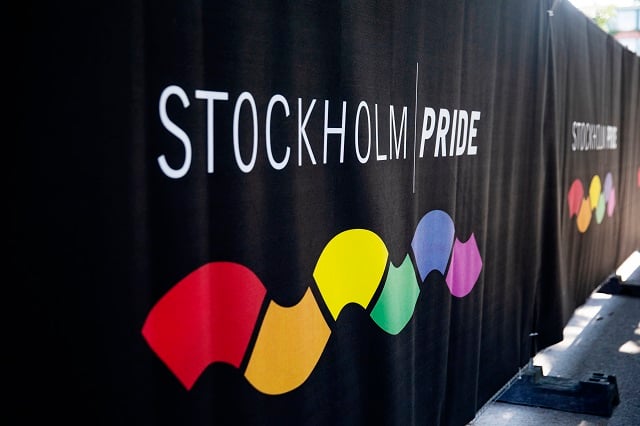