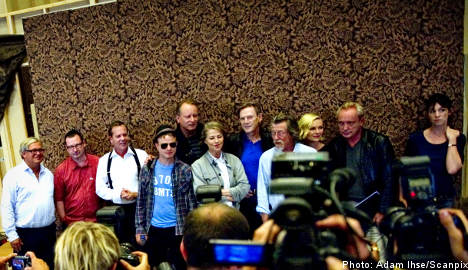 Shooting began on Thursday on the film and will continue until September 8th. Von Trier held a press conference on Monday to announce further plans on the project, which he has earlier described as “a psychological disaster movie” and “a beautiful movie about the end of the world.”

The director had earlier cryptically only declared, “No more happy endings!” in a press statement regarding the movie.

“As a disaster movie, Melancholia will use some special effects, but nothing compared to Hollywood,” added Peter Aalbæk Jensen, co-founder of von Trier’s production company Zentropa.

The film’s title refers to Planet Melancholia, an large planet that looms threateningly close to Earth. The budget for the film is estimated at $7.4 million (53.98 million kronor).

Other cast members brave enough to work on the project include Kirsten Dunst, who shares a birthday with the director, two Charlottes with English and French roots who have taken on controversial roles – Gainsbourg and Rampling – 24’s Kiefer Sutherland, John Hurt, Jesper Christensen, Udo Kier, Brady Corbet and Cameron Spurr.

French actress Gainsbourg, the daughter of controversial French singer Serge Gainsbourg and Jane Birkin, starred in von Trier’s last project, the gruesome Antichrist. The elder Skarsgård has also previously worked with von Trier in Breaking the Waves, while German horror actor Kier is a staple in von Trier’s films and the godfather of his daughter Agnes.

The younger Skarsgård is currently enjoying success in Hollywood thanks to his role as vampire Eric Northman on HBO television series True Blood, emulating the international recognition his father enjoys.