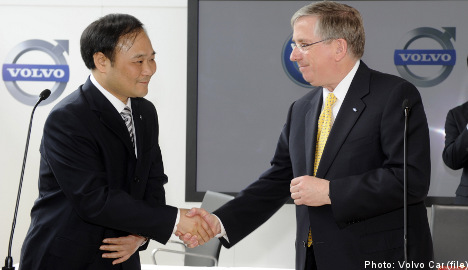 The deal was approved on Monday and does not require the backing of any other Chinese government agencies, Dow Jones Newswires reported, quoting an official in the commerce ministry’s press section.

Geely, which agreed to take over Volvo in March, has said it will spend $2.7 billion (19.57 billion kronor) on the deal — the original price tag of $1.8 billion plus $900 million in working capital to improve the brand. The European Union’s competition watchdog has already cleared the takeover.

The Chinese carmaker has said it expects to close its acquisition of the Swedish brand — known for its sturdy family-friendly vehicles — by the end of September.

Geely has become one of China’s biggest private car makers since launching its auto manufacturing business in 1997. It has annual production capacity of 300,000 cars, but has sold fewer than 200,000 abroad since 1997.