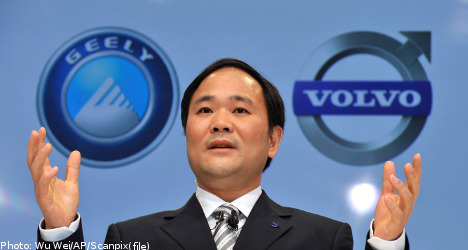 The Swedish brand will keep its headquarters and plants in Sweden and Belgium, and its management will retain its autonomy under a board headed by Geely Group chairman Li Shufu, Geely said in a statement.

“This is a historic day for Geely, which is extremely proud to have acquired Volvo Cars,” Li said in the statement.

“After the takeover, Geely remains Geely and Volvo is still Volvo. The relationship between the two companies is brotherhood and not a parent-and-child relationship,” Li was quoted as saying.

Geely, which first agreed to take over Volvo in March, has said it will

spend $2.7 billion on the deal — the original price tag of $1.8 billion, plus $900 million in working capital to improve the brand.

Ford owned Volvo for a decade.

Both the European Union’s competition watchdog and China’s commerce ministry gave their approval for the takeover last month.

Geely has said it plans to expand the presence of Volvo — known for its sturdy, family-friendly vehicles — in China, now the world’s largest car market.

It also plans to target the European and North American markets.

Geely has become one of China’s biggest private car makers since launching its auto manufacturing business in 1997. It has annual production capacity of 300,000 cars but has sold fewer than 200,000 abroad since 1997.

Manufacturers, told Xinhua that maintaing Volvo’s brand and product quality would be a difficult task.

He added that raising Volvo’s market share in China and adapting the European brand to China would not be easy.

“All of these things should be realised step-by-step through hard work,” Dong was quoted as saying.