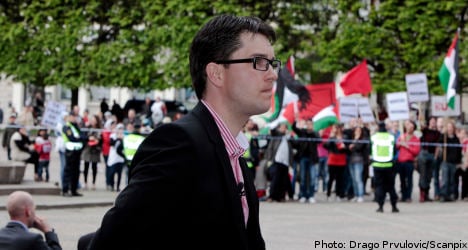 The centre-left “red-green” coalition dropped 0.7 percentage points to 45 percent in the new poll, while the governing Alliance parties received the backing of 45.9 percent of the electorate and retain their slight lead.

Support for the Liberal (Folkpartiet) and Christian Democrat parties climbed, by 0.1 points to 6.9 percent, and 0.6 points to 5.5 percent respectively.

All the Alliance parties polled above the four percent threshold for parliamentary seats with the Centre Party dropping 0.6 points to 4.2 percent.

The opposition Green Party was the biggest loser in the poll dipping 1.3 points to 9 percent, with the Left Party falling 0.8 points to 5.8 percent.

The group “Other parties” made up the remaining 2.5 percent of those surveyed.

United Minds interviewed 2,004 people between July 12th and August 1st and asked the question: How would you vote if a general election were held today?

Sweden’s general election is due to be held on Sunday September 19th.