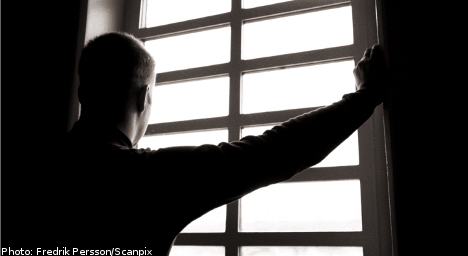 The prisoners argue that such a frail man does not belong in a prison and requires specialist care, according to a report by news programme TV4 Nyheterna Umeå.

“He does not feel good and we think that it is awful to see an old man treated in this way after all he has done for society,” said an inmate to the news channel.

Fellow prisoners are now threatening to take strike action if the situation is not resolved.

“If needs be we will refuse to be locked in our cells in order for him to get better help,” the inmate said.

The 78-year-old man arrived at the Sörby facility using a walking frame, wearing a nappy (diaper) and equipped with a catheter.

According to TV4 the sentencing court has responded that a prisoner is imprisoned for a reason, reported to be the assault of a police officer while in a confused state at his prior residence – a nursing home.

Had the man been 80-years-old or more he would have been able to petition for mercy, TV reported.