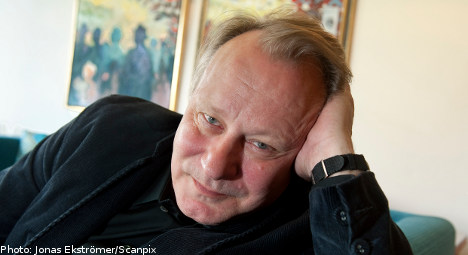 Star of blockbusters such as “Pirates of the Caribbean”, “Mamma Mia” and the soon to be released “Thor”, Skarsgård is one of Sweden’s most recognised actors and as David Fincher’s movie is set to be filmed in Sweden, has long been named in connection with a role.

According to Variety magazine, Skarsgård has confirmed that he is in negotiations with Sony Pictures to join Daniel Craig in the cast of the Hollywood remake of the popular Swedish-language movie.

Skarsgård is reported to be in talks over the role of Martin Vanger, an industrial magnate and the key protagonist in the disappearance of a teenage girl and played by Peter Haber in the original version.

“I have met Fincher, I want to work with him, he wants to work me. I have had a concrete offer and now we are in negotiations,” Skarsgård told Variety.

James Bond star Daniel Craig is set to play Mikael Blomkvist in the movie, much of which is set to be filmed in Sweden’s capital.

“Most of it is to be shot in Stockholm, but some studio work will be done in the U.S. I think there might be some location work there as well, when it becomes too dark to shoot here,” Skarsgård told Variety.

The main question mark in the casting for the film remains over the identity of the actor to play the role of gothic heroine and computer hacker, Lisbeth Salander.

Noomi Rapace played the role in the Swedish language original, and some industry voices have called for her to be given the role, but speculation in recent months has centred on more established international stars such as Natalie Portman, Kristen Stewart and Ellen Page.