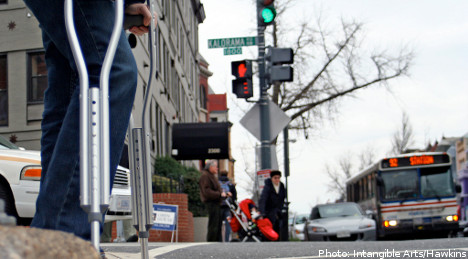 “I have never received any information from the surgeon/orthopaedic clinic that the operation had been unsuccessful,” the woman wrote in her report to Health and Medical Treatment Disciplinary Board (Hälso- och sjukvårdens ansvarsnämnd, HSAN).

Despite mentioning when leaving the clinic in Örnsköldsvik in northern Sweden that one of her legs felt longer than the other, the then 76-year-old woman was left to find out for herself after experiencing problems walking.

“A physiotherapist grabbed a tape measure and measured my legs. He concluded that my operated leg was ‘much longer’ and referred me to the orthopaedic department.”

It was only then that the woman was provided with the information that her hip operation had been unsuccessful.

When the woman’s legs were measured properly it was concluded that her operated leg was in fact 2.5 centimetres longer than the other and the disparity was the cause of her discomfort.