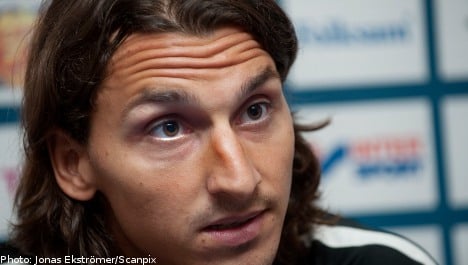 The audacious bid to prize the striker away from the Catalans would make him by far the highest paid football star in the world, far in excess of the 110 million kronor he currently receives.

The purported salary would also be more than double the current highest paid player, Christian Ronaldo, who receives the equivalent of 130 million kronor per annum from Real Madrid.

The Sun writes that the offer is included in a four year contract which has been forwarded to Ibrahimovic’s agent Mino Raiola.

“City have shown how much they want Zlatan and although he is well paid at Barcelona this offer is in a different league,” said a unnamed source, reported to be close to the player, to the newspaper.

Ibrahimovic enjoyed a mixed first season at the Spanish champions. Despite scoring almost a goal every other game overall, he underwent a barren patch in the spring and ended the season as a regular on the substitutes bench.

Man City spent large sums of money in 2008 and 2009, after being taken over by the oil-rich Abu Dhabi United Group, in a bid to win their first major trophy since the League Cup in 1976. The club has once again been one of the busiest clubs during the 2010 summer transfer window.

But with a bulging squad of highly paid stars the club is reported to be looking to offload a few deadweights before the transfer window closes at the end of August to meet new Premier League rules limiting squads to 25 players.

The Sun reports that disenchanted Brazilian ace Robinho might be offered as a sweetener in the deal to encourage Barcelona to offload their Swedish star.