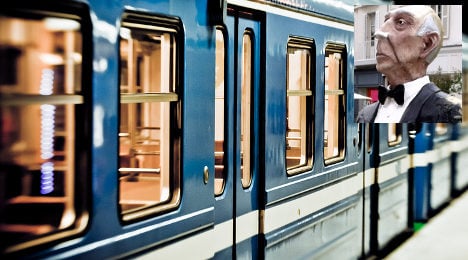 The party’s Ilijan Batljan and Carin Jämtin wrote that Stockholmers feel they have too little time to love, laugh and play with their children. As such, they propose introducing collective workday services in public transit operator SL’s premises.

Among other things, Stockholmers would be able to order and pick up their groceries, leave their dirty laundry and receive household help from an agency offering various errands.

“It is about using our common areas better and ensuring that public services are more accessible,” said opposition city commissioner Jämtin.

The city, which owns SL’s premises, determines which private companies can obtain operating contracts. The proposed services are expected to vary across the different stations according to the passengers’ needs.

“Some will do business in existing facilities that are currently kiosks, but there are also some rooms that are empty,” said Jämtin. “Outside the inner city, we imagine we would build new small rooms above ground.”

SL operates 2.5 million trips on an average day, with the average trip taking 38 minutes. Many passengers have moved to Stockholm from other parts of the country and lack social networks in the form of grandparents and other relatives who can help and make daily life easier.

Batljan and Jämtin also want to expand broadband across the public transport network so that Stockholmers can work during their trips, build more and larger parking areas near stations and ensure that new daycares are built near public transportation access points.