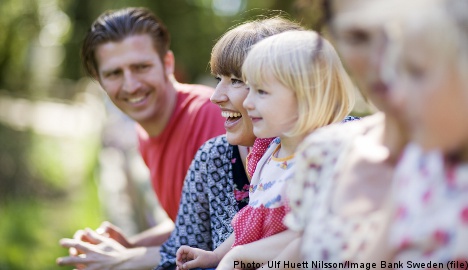 However, Sweden topped the list in the political environment category, rated third overall in health and 5th overall in economic dynamism.

“Like all lists, this one is not perfect, but it offers surprising and fascinating answers and plenty of insight into which country is healthiest, why Scandinavian countries always come out on top, and why the title of best country has more than one winner,” the magazine wrote in the feature published on Monday.

Sweden’s weaknesses lay in the education and quality of life categories, where it ranked 19th and eighth respectively.

“In a competition for most neutral country Sweden could give Switzerland a run for its money: Swedes haven’t fought a war in nearly two centuries, and even though they joined the EU in 1995, they have not adopted the euro,” the report said.

Sweden’s other Nordic neighbours also fared well and made the top 10. Norway came in sixth and Denmark 10th. Burkina Faso came in last in the 100-country list.

In a nod to recent events, the magazine added, “The cartoonist Lars Vilks–who was attacked for drawing the prophet Muhammad as a dog–embodies Sweden’s commitment to freedom of speech as well as freedom of religion. All religious places of worship in Sweden receive some funding from the government, for example.”

As Newsweek observed ahead of the upcoming autumn election, “Perhaps it’s the open environment that inspires about 80 percent of Swedes to vote.”