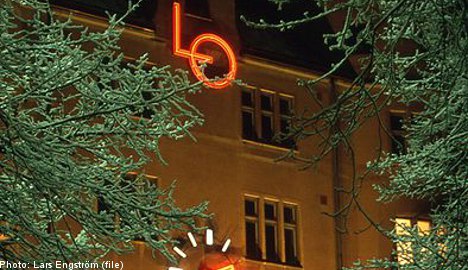 The men were in Stockholm last month to take part in work for the kickoff to the election campaign. They ended the day at a pub and became extremely intoxicated.

Police detectives caught sight of one of them on Malmskillnadsgatan just after 2am, when the man was negotiating to buy sex with two foreign prostitutes.

The police followed him to the apartment in central Stockholm, which belongs to an LO association.

Police entered the apartment, which was unlocked. They encountered the two men, who were engaging in sexual acts with the women.

Both men are candidates for the Social Democrats as delegates in their respective counties in central Sweden. One of them is involved in the union and has held local political office, while the other person is an elected representative within LO.

“I will resign from all my positions,” one of the men told Aftonbladet.

Social Democrat party secretary Ibrahim Baylan said that if the information about buying sex is true, the men have forfeited the party’s confidence and he expects them to relinquish all their responsibilities with the party.

“It is not consistent with what the Social Democrats represent,” Baylan said.