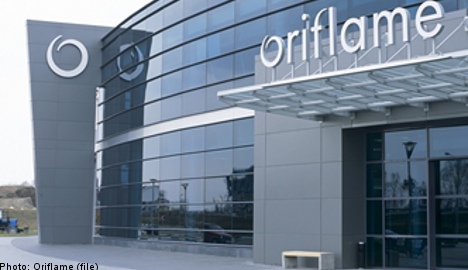 One of the three arrested employees is reported to be Swedish and resident in Iran, according to CFO Gabriel Bennet.

“We can’t specify exactly who they are. But obviously the authorities focus on those with more senior positions in the company,” Bennet told news agency TT.

The firm wrote in its press release that the staff and sales consultants have been arrested for “undisclosed reasons” and that Oriflame has not been given access to information “relating to the background to or effects of the current situation”.

“But we presume that the actions of the authorities has something to do with our business idea. Our business idea is to sell cosmetic products and to give 40,000 Iranians, principally women, the chance to earn money on the direct sales,” he said.

Bennet considered the arrests to be the latest indication that business conditions have been deteriorating in the country in recent months.

Iran represents some 20 percent of the group’s sales in the Asia region. Despite the development in Iran, Oriflame confirms the outlook for 2010 in regard to sales, but cut its profitability projection somewhat, from above 12 percent to around 12 percent.

In addition, a definite closure of the operations in Iran may lead to extraordinary costs in 2010 of approximately €10 million ($12.7 million).