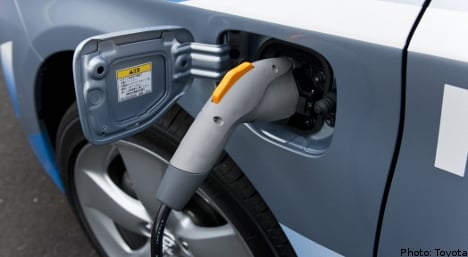 The premium will be strictly limited, according to Sveriges Radio.

“It would apply to electric cars with the very lowest emissions. It could also apply to the very best biogas cars, if they meet the technical specifications,” Environment Minister Andreas Carlgren (Centre Party) told SR.

The Allianceestimates that 5,000 cars meeting the requirements will be sold during the next four-year parliament. This would mean a cost to taxpayers of 200 million kronor.

Low-emission and alternative fuel cars previously attracted a 10,000 kronor premium, but this was withdrawn last year. Instead, greener cars were exempted from car tax for their first five years.

The Green Party on Tuesday also announced measures to encourage people to buy low-emission cars. The party said it wanted to introduce subsidies for cars with low emissions, funded by taxes on cars with high emissions. A similar scheme has already been launched in France.

The party also wants to place greater demands on public sector organizations when they choose cars. It wants a focus on renewable fuels such as biogas, and more electric and hybrid models. It also called for cars running on renewable fuels to face stricter efficiency requirements. It also called for higher taxes on company cars with high emissions.