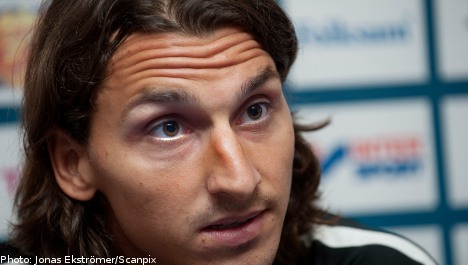 Reports said a meeting to discuss the transfer is scheduled for Wednesday in Barcelona between the club’s chairman, Sandro Rosell, and AC Milan’s deputy chairman, Adriano Galliani.

The player’s agent, Mino Raiola, said on Monday it was “99.9 percent” certain that he would stay in Spain. However, Barça coach Pep Guardiola appears keen to offload the 1.95-metre forward, sports daily Marca reported.

Sevilla over the weekend in favour of David Villa, who was signed in May and shone at the World Cup.

receives at Barça. Any deal could also involve the transfer to Barcelona of Milan striker Marco Boriello, the newspapers said.