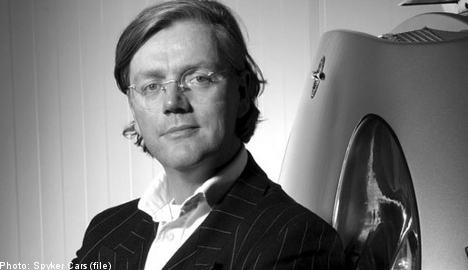 In April, Spyker did not report first quarter results. Ahead of the second quarter report to be released on Friday, the company has issued information about its debts. According to Ekot, they are due to the revaluation of certain assets been revalued that have now become debts.

The exchange will not make any decisions on a course of as long as Spyker follows the rules and regulations. Within five days, Spyker will have to provide information on its financial situation and the circumstances that led to them.

Spyker must also account for the liquidity of the company, its short-and long-term perspective and the actions it has taken or plans to execute to resolve the situation.

Spyker said that it has more to say on the subject in addition to the information sent to the stock exchange.

“We will announce our half-year accounts for Spyker Cars on Friday, August 27th,” said Spyker spokesman Mike Stainton. “Before that, we will not comment anymore on this issue.”