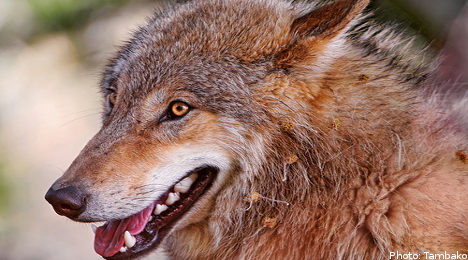 The Swedish Society for Nature Conservation (SSNC, Naturskyddsföreningen), the Swedish Association of Predatory Animals (Svenska Rovdjursföreningen), the World Wildlife Fund and Animal Welfare Sweden (Djurskyddet Sverige) have complained about the hunt to the Commission.

In a letter to the government, the commission reminded it of EU directives in force in Sweden on the preservation of habitats for wild animals and plants. During the hunt, 28 wolves were killed out of a total of about 182 to 217 animals. The commission wrote that it “seems very likely” that the hunt has increased the risk of inbreeding.

The commission is asking for Sweden to consider that the conservation status was sound before the hunt and whether the hunt has had an affect on the status. It also called for a scientific basis for Sweden’s position.

While it waits for a reply, the commission believes that the status “was not favourable when the hunting license was effective and that the hunt made the conservation status less favourable.”

In addition to questioning the scientific basis for the hunt, the wommission would also like to know why Sweden set a limit of 210 wolves for the entire country and the scientific reasons behind it.

Furthermore, the commission wants to know whether the hunt was to “limit the population” or “control the scope” on the basis of such a large proportion of the wolves being killed.

Sweden will also account for how many wolves were killed annually in accidents and defensive and illegal hunting. The commission believes that the purpose of the hunt was not clear. As such, it wants to know the objective behind it and whether it was achieved.

According to a decision made by Sweden’s parliament, the Riksdag, the migration of wolves from the east has already been under way since this year. The commission now asks whether the transfer has already begun and if the appropriate personnel, vehicles and other equipment are in place to cope with it.

Separately, a wolf was killed in a sheep pen near Dala-Järna in central Sweden’s Dalarna on Friday, according to police in the county. The wolf had killed a sheep when it was discovered. According to the first preliminary investigation, the wolf was a young female.

The sheep owner told police that more sheep are in the vicinity of the site and that he was worried that they too would be killed. Owners of defenseless animals are entitled to shoot predators that kill or threaten their animals under hunting regulations.