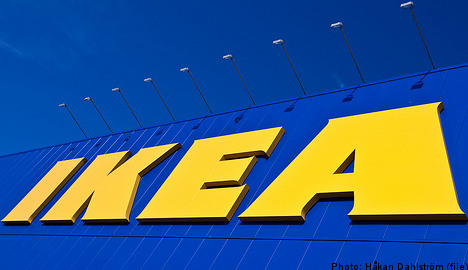 The idea will first be tested in Sweden, but the furniture chain is not against launching similar sites in other countries in the future.

“Time will tell,” said Peter Agnefäll, CEO of Ikea Sverige. “We have to start somewhere. We in Sweden are first and it is unbelievably fun.”

According to Agnefäll, the new site, which was launched on Saturday in conjunction with a giant flea market at IKEA’s store parking lots, is part of Ikea’s environmental work.

“First, it is about taking an environmental responsibility for how our products are used in the longer term and making it easier for our customers to do their part for their responsibility towards the environment.”

Agnefäll estimated that sales of used products will increase over time, regardless of Ikea’s investment in the area. However, he saw no risk in new sales becoming adversely affected with this new venture.

The new offering will not result in any major revenue for Ikea. Members of its customer loyalty program, Ikea Family, can advertise for free.

“We have in Sweden 2.3 million Family members, so I think that an overwhelming majority will advertise for free,” he said. “Besides, one who is not a member can become one for free. We will not earn much money from this.”

He repudiated suggestions that the launch is a way to take control of the second-hand market. He added it is not a way to prolong last year’s high-profile naming conflict with buying and selling site Iloveikea.se (now Billyandfriends.se).

In terms of how Ikea would respond if the site becomes inundated with rickety old furniture, Agnefäll said, “We would look into it. However, the vast majority would not bother to advertise something that is not in sellable condition.”