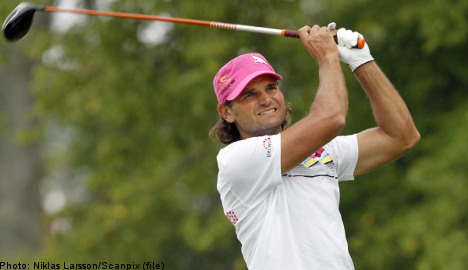 The Asian Tour added another event to its 2010 schedule on Wednesday, with the Black Mountain Masters returning as its season finale. Edfors will compete at the Black Mountain Golf Club in Hua Hin south of Bangkok from December 16th to 19th.

“I’m certainly excited about coming back to Black Mountain to defend my title from last year,” said Edfors, a two-time winner on the Asian Tour.

“The Asian Tour continues to receive strong support from corporate Asia, especially in Thailand, and I’m confident the Black Mountain Masters will bring an exciting climax to our 2010 season,” he said.

Edfors was born in Varberg on the west coast between Gothenburg and Halmstad. He now lives in Dubai and competes on the European Tour. He is known for being a big hitter, averaging over 300 yards.

Edfors won the inaugural black Mountain Masters last year. His previous win before his victory in Thailand was three years earlier on the European Tour at the Scottish Open.