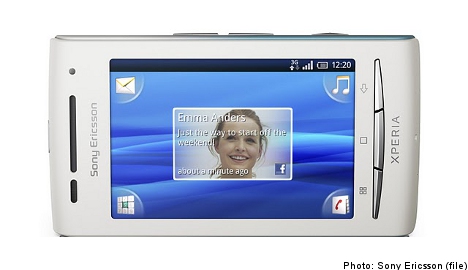 The company estimated smartphone use in China would reach 50 percent of all mobile phone users in the country by 2015, as it launched its latest smartphone, called the A8i, in Beijing.

The company aims to grab a bigger slice of the fast-growing smartphone market, with the segment accounting for 11.2 percent of mobile phones in the second quarter, according to research firm Analysys International.

“People want smartphones and affordability will be there because smartphones will quickly go down in price range,” Sony Ericsson CEO and President Bert Nordberg told reporters.

The smartphone uses an operating system based on Google’s Android and will hit store shelves in the fourth quarter of this year, Nordberg said.

Sony Ericsson had 9.3 percent of China’s smartphone market in the second quarter, ranking the company fourth behind Nokia, Samsung Electronics and Motorola, according to Analysys.

The A8i was the “first step” in developing smartphones that support the TD-SCDMA network, said Magnus Ahlqvist, president of Sony Ericsson Mobile Communication in China.

“We have a plan to engage more broadly and cover more price ranges,” Ahlqvist told reporters.

Sony Ericsson said the price tag for the A8i smartphone would be decided by China Mobile. China had 814 million mobile phone users at the end of July, official data showed.