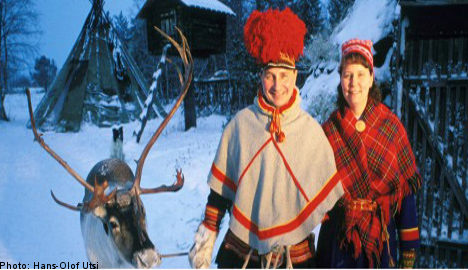 These trips have all been approved by Nature’s Best, Sweden’s leading ecotourism guide to high quality, responsible outdoor adventures.

Check them out, and get moving!

Explore Sweden’s remote and frozen landscapes with the company of man’s best friend. Dog sledding is an ancient and exciting way to travel across the Arctic. This outfitter offers a magical four-day trip during the full moon, a rare trip for those looking for a memorable winter adventure.

For more information about dates and prices, check the website: Aurora Borealis Adventures

Bring along a few friends and step back into time. On this trip, you learn how to build your very own log raft and float it down a river. A true test of outdoor survival skills, this trip is a fun family trip for adventurers of all ages.

To learn more about the trip, visit the tour operator’s website here: Vildmark i Värmland

Leave life in the city behind and step into the wild north of Lappland. On this trip, you will learn about Sami culture and lifestyle by going on a reindeer drive across the snowy wilderness. Experience sleeping in Sami tents, catch a glimpse of the northern lights, and soak in the history of generations of traditional Sami reindeer herders.

Explore the border on horseback in Jämtland

Discover the birch forests and grassy meadows of northern Jämtland. This trip explores the magical mountains that bridge the border of Norway and Sweden, all upon the back of a bright and patient Icelandic pony. These tiny horses are known for their sweet disposition and curious gait, which will excite riders of all levels.

To learn more about the trip and outfitter, check out: Korpens Öga

The remote roads and dirt tracks of Gotland are perfect for challenging, adventure mountain biking. See this relaxing summer island through a whole new set of eyes on a mountain biking trek led by Gotland local and world class adventurer Berra Marcusson. While the trip is based around biking, it is also possible to add caving, visits to rum distilleries, kayaking, ghost walks, and rabbit jumping.

For more information on how to build your own trip, visit: MCraft.se