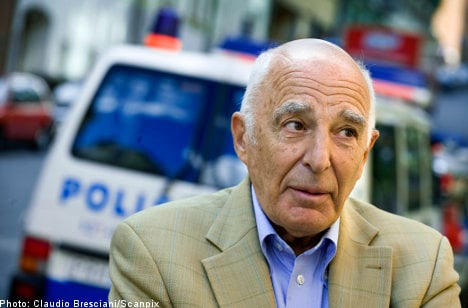 “I do not keep close track of all of the hundreds of clients in my hands and know whether they are going abroad and visiting someone or not,” Silbersky said.

In response to whether Assange is still in Sweden, Silbersky answered, “I would believe all of my clients are in Sweden, but I would guess that 50 percent are abroad, on holiday or otherwise.”

Assange has still not been called in for questioning and as far as Silbersky knows, has not yet been arrested nor taken into custody.

Marianne Ny, director of the public prosecution authority, would not comment on whether she knows if Assange is in Sweden.

In response to Silbersky’s statement, she said, “I imagine that Leif Silbersky can get in contact with his client without any problems, no matter where the client is located.”

She said the risk of a person suspected of a serious crime leaving the country hangs in the balance when the prosecution is considering detaining someone.

Ny would not say whether Assange or another person had been called in for questioning, whether he was arrested, or if there is other evidence than the testimonies of the alleged victims. Releasing this information could harm the investigation, she believes.

Assange is suspected of assaulting two women late in August. One case is classified as rape, the other as sexual harassment and sexual molestation. Assange denies the crimes.

The case has attracted intense international attention because WikiLeaks recently leaked extensive secret information from the Pentagon about the US war in Afghanistan and photos of American soldiers killing unarmed Iraqis. Conspiracy theories have flourished that the US government is behind the charges.

Assange has also applied for residence and work permits in Sweden so that he can become the legally responsible publisher of WikiLeaks, which is hosted in Sweden.

The move would grant him additional protection through Sweden’s tough press freedom laws, which include heightened protection for controversial sources.